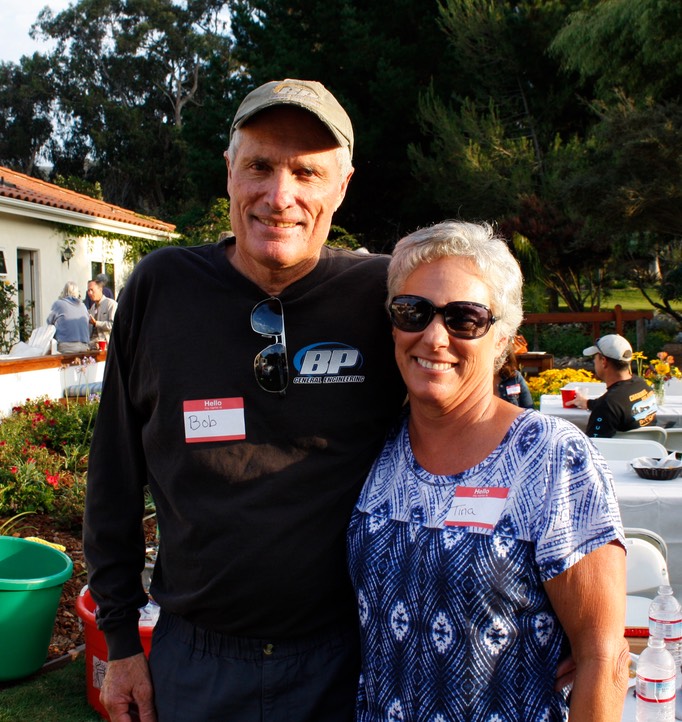 Long-time Los Osos residents Bob and Tina Semonsen were leaving for a chance to be closer to their grandchildren in the San Diego area. Bob had been an active architect and contractor in the area, designing, building, and remodeling numerous home and commercial properties. He had also been a strong behind-the-scenes contributor to many community and environmental programs.

He was an active volunteer on many CLO projects, quietly putting in more than his share of hours.  If you look through our photo collections his face will show up regularly.

A group of his friends decided the Semonsens deserved a sending-off party in recognition of his positive impact on our community and to give them a big thank you.

Around one hundred people attended the party on September 7, 2014, on the beautiful garden grounds of Bill and Monica Lee.  Music was provided by Gerard Ages’s band, The Currents. The weather was perfect, the food and drinks great, the music sublime, and everyone had a grand time.