Los Osos/Baywood Park has the world’s only “cow-bear”, a delightfully whimsical piece of public art residing near the pier in Baywood Park. 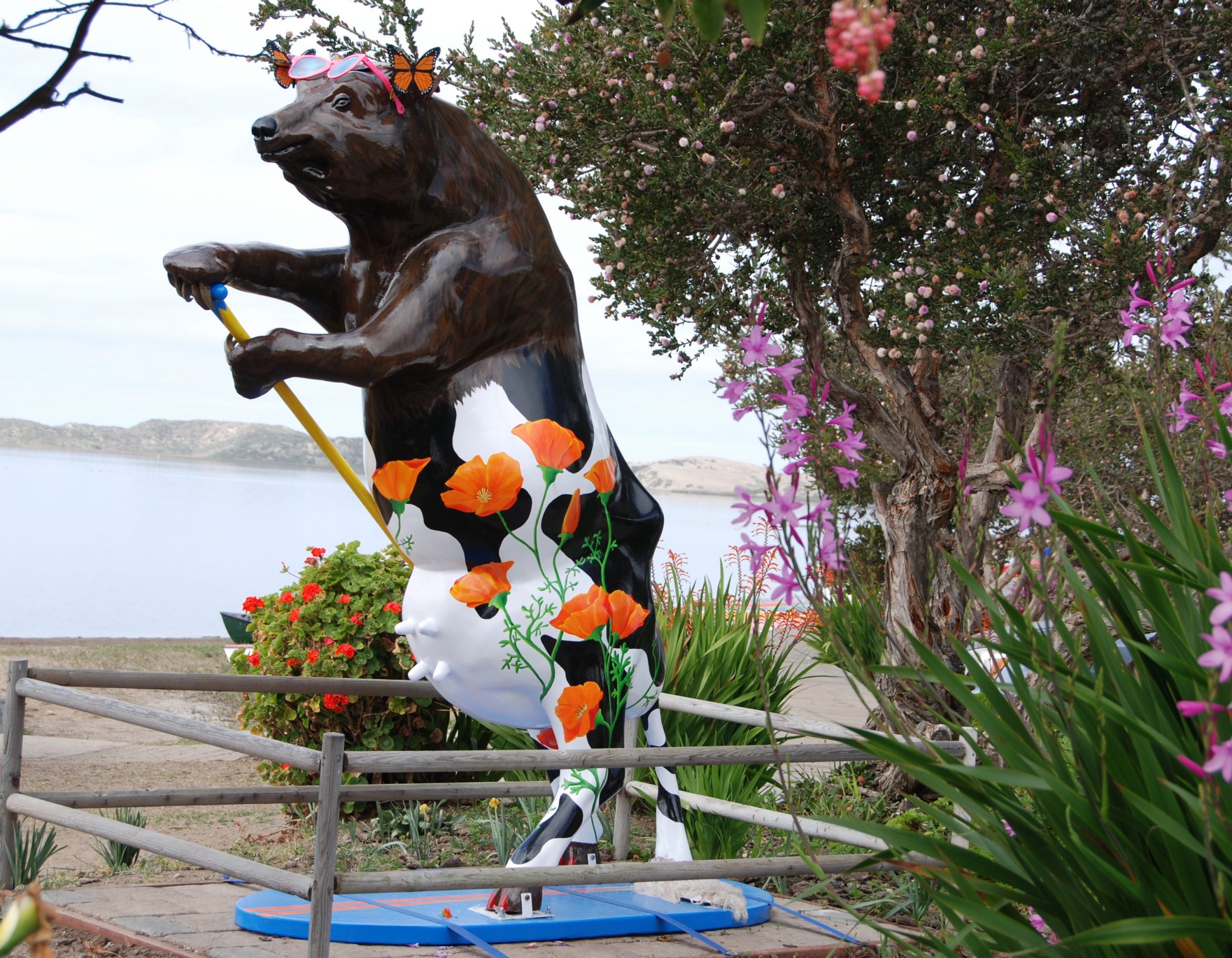 “Udderly Osos” is fast becoming one of the most visited sights in Los Osos/Baywood Park. Since she was installed in Baywood she has grown in popularity with visitors, locals, and school-age kids who love her. She characterizes the kind of unique zaniness our community enjoys.

Our cow-bear, “Udderly Osos” was part of Cow-Parade SLO which showcased 101 (for Highway 101) life-size, 120-pound, fiberglass works of art.

Visit Los Osos•Baywood Park, a small local Business Improvement District group, sponsored our cow for $7000, and selected local artists Dave and Kyle Doust to transform her into the world’s only cow-bear. Part of the money paid went to ArtsObispo, a non-profit group advancing the arts in SLO County; part to the international group and part to the artists who spent the summer creating her.

But, initially, we only had her for a short while after which she was scheduled to go to auction where she would be sold to the highest bidder and moved to…well, somewhere else!

Celebrate Los Osos thought: What community or winery or shopping center or car dealership has a historical reason to own a wiggy piece of public art that includes dairy farming, ranching, grizzly bears, monarch butterflies, Golden poppies and stands on a paddle-board next to the bay? No one but us!

Celebrate Los Osos launched a campaign to raise enough money to keep her home — permanently. Keeping our cow-bear in Los Osos is just the kind of project our community thrives on.

To keep her, we had to raise $5,500. The CowParade organizers required $3,500 to prevent her from going to auction. This money would go to charity. The balance would be held for future maintenance expenses and repair costs. 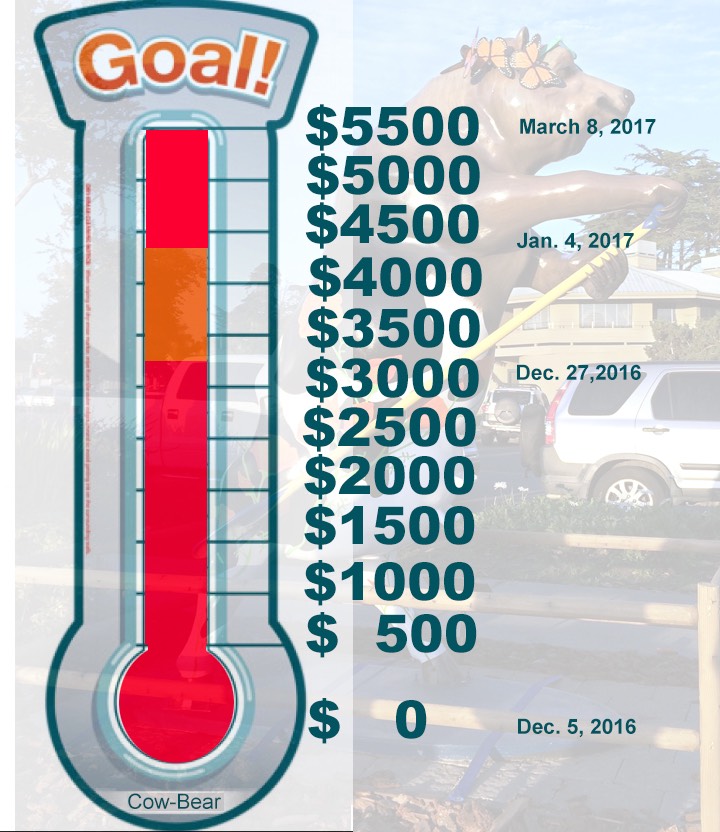 Donations came from a GoFundMe campaign, as well as sent directly to Celebrate Los Osos or made in donation jars at Los Osos Valley Nursery and Volumes of Pleasure Bookshop.

After the International CowparadeSLO was over, the Cow-Bear could be found for a time in various places around town.