Numerous old-world mustards have invaded North America and of these, Sahara mustard is the newest and by far the worst. It is a monster! It is a robust, fast-growing, drought-tolerant winter annual that prefers sandy soils. The basal rosette of divided hairy leaves can span three feet in wet years. The nearly leafless flowering stems branch profusely and grow to a height of about two feet creating the appearance of a shrub from a distance.

One mustard plant can produce 16,000 seeds. Devil’s thorn, another invasive plant, also seeds prolifically, and it grows a deep taproot, which needs to be pulled up or the plant will return. 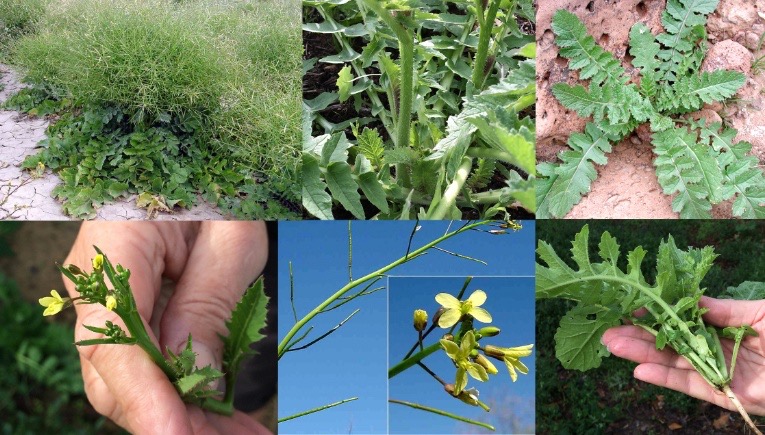 We are asking you and all of our volunteers, donors, and other Los  Ososans to remove these nasty plants in your yard, neighborhood, and wherever you find them in our community. Pull them up by the root and place them in a secured green bin.