There are some people who bring a light so great to the world that even after they have gone, the light remains.
— Unknown

For ten years, Mimi Kalland was an inspiration to me and all those who knew her. She was my “co-president” as she liked to say. Her wisdom, dedication and enthusiasm helped make our organization very effective and fun. If you helped paint the barn or sand the big redwood welcome signs, or pulled Sahara mustard, or helped to paint the Baywood Pier, then you know how she was able to make you and your volunteer time feel like the most important thing in the world.

Unfortunately and very unexpectedly, Mimi passed away on August 5, 2018.

Mimi was born in Paris, France and raised in Los Angeles, California. She attended John Marshall High School, U.C. Berkeley, and U.C.L.A. Mimi had a long and distinguished teaching career, first as a secondary school teacher and then as a professor of education at Cal State Dominguez Hills where she also served as Chair of the Department of Education and Associate Dean of the School of Education.

She found her life companion when she married Gene Kalland in 1982. Together they read the morning papers, discussed politics, hosted and visited friends and family, traveled the world, bragged about their kids and grandkids, and had a martini each evening overlooking Morro Bay.

Mimi was a rapacious reader, an accomplished cook, and a skilled conversationalist and was opinionated without being abrasive. Mimi was also a devoted community volunteer and natural leader. She mentored foster children in the Court Appointed Special Advocate (CASA) program for over ten years, served on the San Luis Obispo County Grand Jury, and helped found Celebrate Los Osos, a non- profit organization dedicated to improving public spaces in the community. In 2010, she was named Los Osos | Baywood Park Citizen-of-the-Year.

She is survived by her husband, Gene; her brother, Daniel; her sons, Matt and Chris and their spouses Jodi and Susan; her step-daughters, Tamra and Diane and their spouses Byron and Randy; her grandchildren: Kathryn, Johanna and Teddy; and her step-grandchildren, Ashley and Christian. She is also survived by Carla, her CASA daughter. She was preceded in death by her brother, Robert.

In the summer of 2019 members of her family, friends and the Board members from Celebrate Los Osos joined together to unveil a bench in her name. The bench was created by Mayson Wells, the same concrete artist who built the two benches that Celebrate donated to the community. Mimi loved their design. She always said she wanted a memorial bench. Ok Mimi, now you’ve got one.

Bill Lee and the Back Bay Inn generously allowed the bench to be placed on their property in Baywood, giving future visitors a lovely place to sit, relax and view the bay.

Stop by and sit awhile. Take a cup of coffee, or better yet, a glass of wine. Mimi would love that! 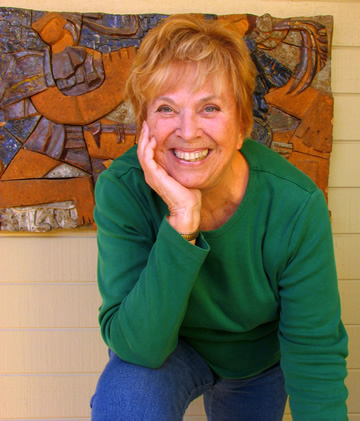 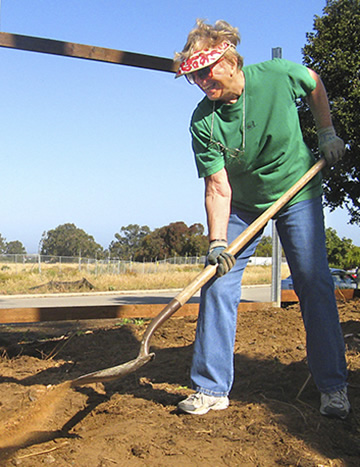 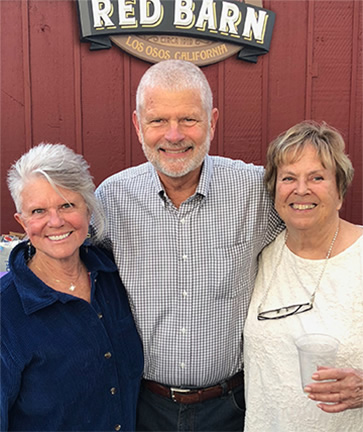